There was an iconic challenge taken up by the boat Stars and Stripes which was sailed by Dennis Conner’s team in 1987. This vessel sailed down and was victorious at that time as it beat the Aussies in their own waters and came back to a parade that was organized in their honor in New York City. 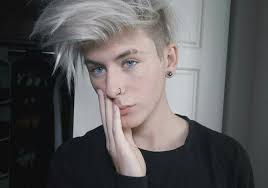 This moniker would be making a return among the foiling monohulls in 2021. Word was heard about this team to participate in America’s Cup and would fly the colors of Long Beach Yacht Club of California. The boat has been given the go-ahead sign by Defender and Challenger of Record to be part of AC36. The co-founders of Stars & Stripes campaign, Mike Buckley stated that he has been working with Taylor Canfield, match racing skipper and who has also won the Congressional Cup four times, to assemble a sailing roster. It would be announced soon and the professional goal of the team is to get their boat and their performance to competitive levels by 2021.

Many have questions as to how this age-old vessel can compete with the monohulls and there has been news received of technology and design that has been purchased by the team to upgrade their vessel and to work towards readiness of the same. They have made the purchases from the New Zealand Emirates team. They have made a decision also to hire JB Braun who is a veteran sailor, having belonged to Oracle Team USA 2013 as well as 2017 and headed their design team. The team has also announced that construction of AC75 has commenced in Michigan.

In general, the entry for the AC36 has been completed by the first week of December and now participants need to gear up for the forthcoming competition challenges.